Why here? The reasons that led the first farming communities in the Western Mediterranean to settle in certain territories 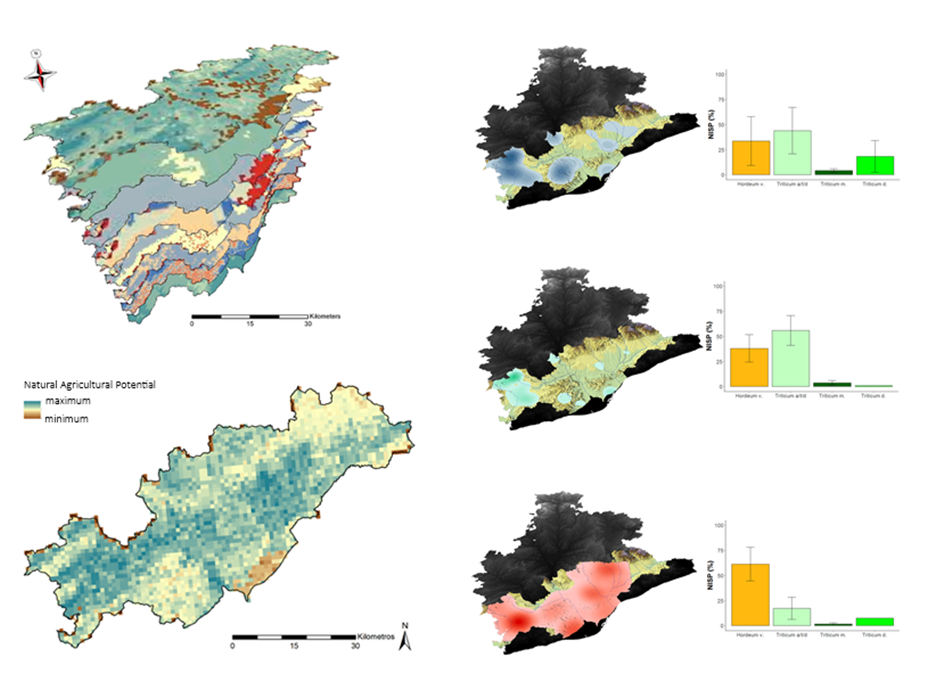 We have started to deal with the relationship between the first agricultural practices and the territory where these took place (within our study area) to determine which factors can explain changes both in economic practices and settlement patterns. Thus, the two main questions we want to answer are: Does the natural agricultural potential of a given territory influence where to settle?Is there a settlement pattern change related to diverse crop dynamics?

Obtaining the highest possible agricultural yield should have been one of the crucial aspects in deciding where to settle. LBK farmers in central Europe are known to have prioritized loess sediments for similar reasons. We have developed a quantified terrain model based on a series of parameters (see below) relevant for the cultivation of the crops we know first farmers grew, mainly cereals, pulses and poppy.

The first area used to test this methodology was the central coast and pre-coast of the northeastern Iberian Peninsula, from the 5600 – 3000 cal BCE. In this area, the crops are widely dominated by cereals, mainly naked wheat and naked barley, with some fluctuations between them through time. The Natural Agricultural Potential model was created to highlight, then, the best cultivation areas for cereals. To do this, we combined several variables such as physical (DEM, geology, terrain obstacles, …) chemical (C, N, K, …) and climatic (rainfall and temperature) quantifying them from 5 to 0 according to their best or worst capacities to support cereal crop.

As a result, and answering the above-mentioned questions, we can conclude that open air sites clearly establish in areas of high agricultural potential, while cave sites are in less favourable environments. This may be one of the factors explaining different crop choices in cave sites where local farming is practiced. Crops may also change when new areas are being occupied, possibly prioritizing those that are more likely to provide good yields even in conditions of lower soil fertility.

These first results are encouraging and we will now move on to a more broad-scale narrative.

We recently participated at the 54th IIPP conference celebrated in Rome about Archaeologies of Change. We gave a talk with all the new results about Isolino Virginia, particularly focusing on the crop changes and why farmers could have chosen glume wheats over naked wheat at the start of the 4th millennium cal. BCE. The conference was recorded, so you can see the presentation on the video: https://www.youtube.com/watch?v=cBPEXPeWmH8&feature=youtu.be

The rest of the talks can be found here: https://www.youtube.com/channel/UCgAiTpKj2W2uQWtfGsZoiKg/videos 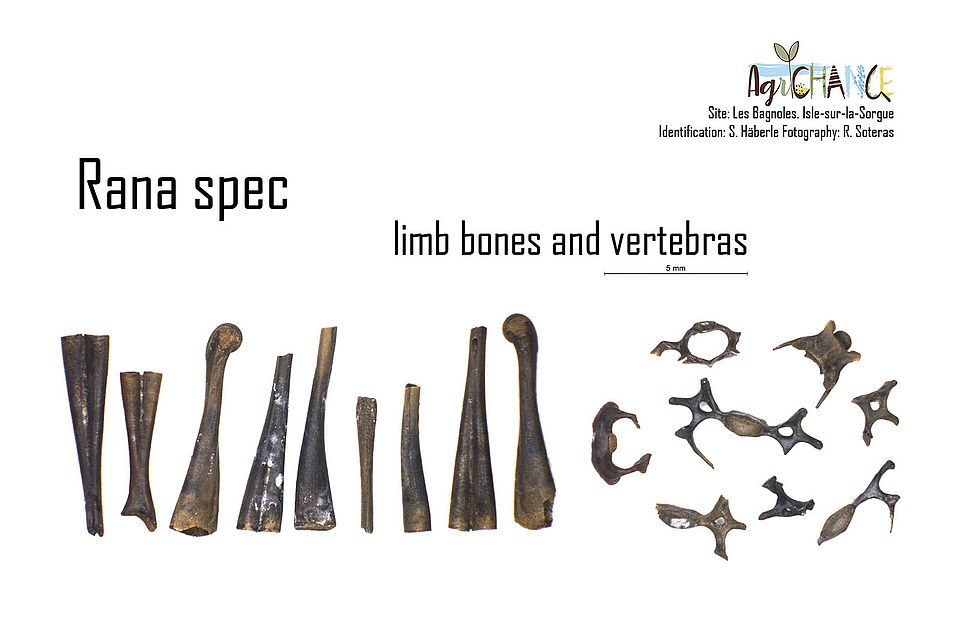 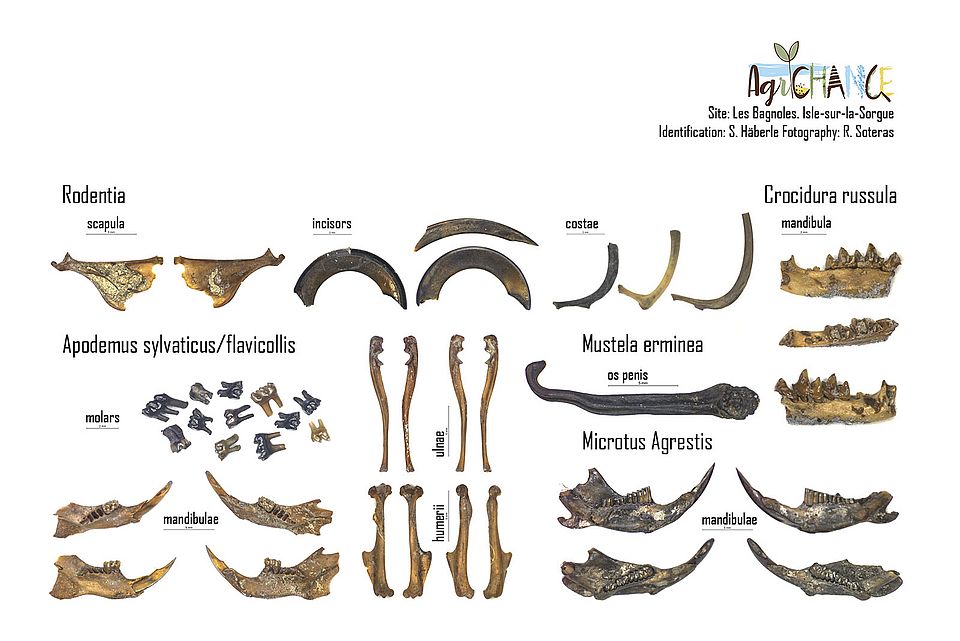 We are currently studying small animal remains from waterlogged deposits in three wells (dated to ca. 4200-3900 cal BC) from the Neolithic open-air site of Les Bagnoles, France.

The sorting out of microfaunal remains is well underway and we are gathering some first impressions: The material is very rich in molluscs. There is a diversity of land and water species. Within the vertebrates, there are amphibians and reptiles while fish and bird bones have rarely been observed.

However, the most interesting animal group for the Agrichange Project is small mammals. So far, we have loose teeth, cranial and post-cranial elements from a variety of murids, arvicolids, insectivores as well as small mustelids (see pictures). With the study of these remains, we will try to generate information about the farming and storage strategies of early farmers at the site. In particular, we will investigate the presence of commensal species, species that inform us about how successful anthropogenic agricultural and storage activity was. We are also looking for differences in species spectra over time, which can indicate environmental change and/or a shift in farming strategies.

In other words: from the «mice eye perspective» the main question is: How attractive was life in and around an early farmer settlement?

We had the great chance to participate in the AEA Conference called Pests of Society celebrated in Birmingham. The city is undergoing a radical change. Some incredible architectural projects have already been done and are on-going. The University is also in a fabulous setting.

We presented our brand new results from the archaeoentomological analyses of Zürich-Parkhaus Opéra and Can Sadurní Cave and discussed the possibility that Neolithic farmers could have actively fought against insect pests. There was a very interesting workshop on Sunday on the identification of some common insect pests.

The results will be published in a special issue of Environmental Archaeology.

29th-30th of March 2018: Visit to Isolino before the fieldwork campaign

Isolino di Varese or Isolino Virginia is one of the key sites of the AgriChange project. It has long been known (since the 19th century, at least!) and it has been excavated in multiple occasions. Nevertheless, its incredible finds are only starting to be integrated in the wider discourse of the pile-dwelling phenomenon around the Alps. Isolino has yielded the oldest date (ca. 5300 cal BC) for this type of settlement. There are, on the other hand, still many questions that include the type of dwellings, the economy, the environment, and the whole taphonomic history of the waterlogged deposits. Most importantly, its role in the spread of the pile-dwelling type of site around the Alps is still unknown. Our project will only tackle some of these questions, but the results will be of huge importance.

Dr. Daria Banchieri took us to Isolino with her boat in order to see on site where we would be taking the monolith samples, the most significant locations for coring and practicalities such as access to water for sieving or where to store material during the fieldwork campaign. Nothing would have been possible without her expert assistance!

On a more personal level, I have to say that these moments pay off for all the hard work that the project involves. It's all good, when you are able to see these magnificent views and walk on such an incredible archaeological site! 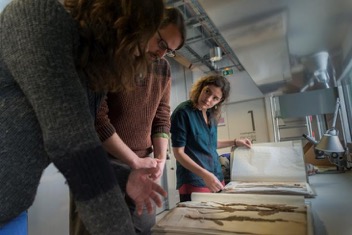 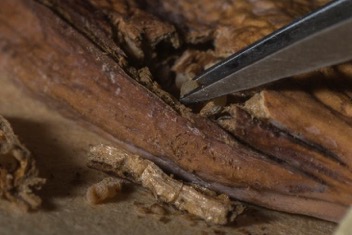 In the framework of a collaboration of our AgriChange Project and the Poppy Project of Aurélie Salavert, we went to the Muséum National d’Histoire Naturelle of Paris to sample sheets of wild and domestic opium poppy. Some of them were collected more than 200 years ago! We took samples of seeds for morphometric studies and leaves for DNA analyses. Go to the Project section to know more and to the Gallery to see more pictures and a summary video. 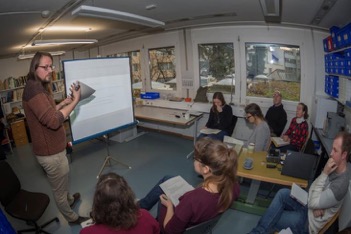 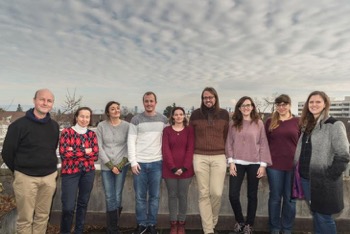 We all met in Basel to set the general goals of the project and discuss how we are going to work together. Each team member presented his or her goals and schedule to the rest of the team. It was a very positive meeting that also greatly benefited from the feedback of two of our project partners, Samuel Van Willigen (who provided the materials of Les Bagnoles and Le Mourre de la Barque for the project) and Daria Banchieri (who will help us to plan the future sampling of Isolino di Varese and to interpret the resulting data in the context of her own previous research at the site).